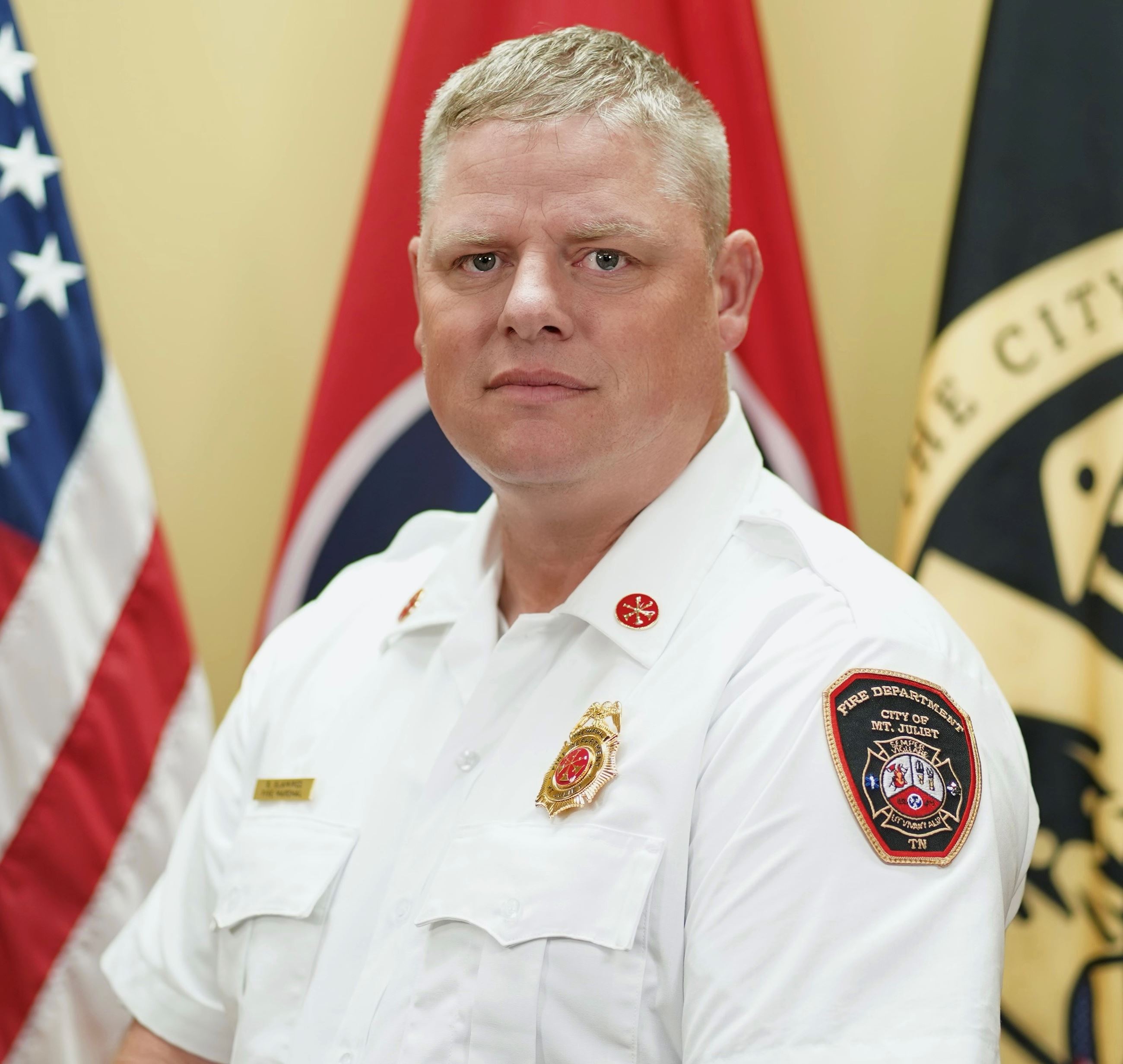 Brent Blamires is the Fire Marshal for the Fire Department of Mt. Juliet. He started his career in 2001, in Jerome, Idaho where he held multiple positions within that department. In 2011, he transitioned to Training Captain with Rock Creek Fire Protection District where he built their training program and helped build their wildland division where he was a Strike Team Leader for their wildland response.

In 2016, he moved to Middle TN and started with the Fire Department of Mt. Juliet, worked back through the ranks, and recently was promoted to Fire Marshal. Some of his duties are Plans Examiner, Fire Inspector, Fire Investigator, NFIRS program manager, and overseeing the entire Community Risk Reduction program. Brent Blamires holds numerous fire certifications and is also an EMT-Basic, he also holds an Associate of Fire Science degree and has completed The Managing Officer’s Program at the National Fire Academy.

Brent lives in Middle Tennessee with his two boys, where he loves to travel and watch sports with them.